We are so thrilled to announce that our dear Shahd Thani as been announced as the winner of the Emirates Literature Foundation’s first Mentorship Programme. 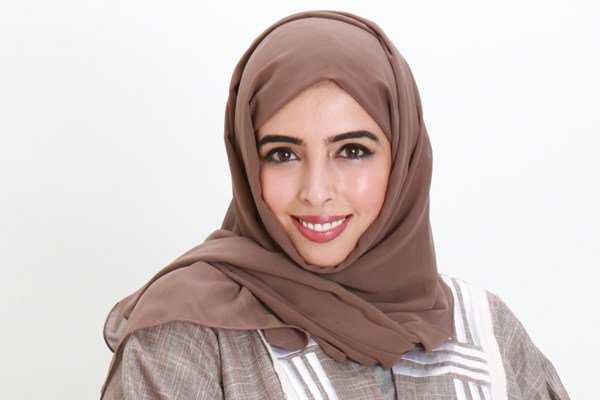 Award-winning fiction writer Liz Fenwick will be giving Thani the benefit of her expertise and work closely with her to complete her manuscript and pitch it to publishers and literary agents. The other two finalists were Shaima Al Shamsi, one of our own writers as well and Roudha Al Shehhi.

Candidates were required to submit a 2,000-word submission of their novel, along with a brief synopsis and the theme of the book. The programme was open exclusively to emerging women Emirati writers who write about the United Arab Emirates in English.

Thani is an Emirati novelist and poet, who has written two serialised novels on her personal blog. She is one of our founding members of Untitled Chapters (a community for female Emirati writers) where she also mentors younger writers.

Shaikh Ahmad Bin Saeed Al Maktoum, Chairman of the Emirates Literature Foundation said: “This is a tremendous opportunity for Shahd and the Foundation is grateful to Liz Fenwick for taking time out of her busy schedule to support and encourage the next generation of this country’s writers. The entries have been of an extremely high calibre and the future looks bright for these young Emirati novelists. We wish them all the very best in their literary endeavours. In the Year of Reading, we hope that initiatives such as this will continue to cultivate the literary scene in the UAE and inspire a love for reading and writing.”

After careful deliberation, Fenwick, writer of Cornwall-set stories and frequent guest at the Emirates Airline Festival of Literature, shortlisted three finalists before the eventual winner was selected. While Thani will be mentored through to the culmination of the first draft of her novel, Fenwick has agreed to support the other finalists with their novels as well.

“I chose my top three and set some questions that would tell me where they were in their writer’s journeys and where they were in the writing process. From their answers I made my final selection. It wasn’t an easy process because all the entries showed promise. It was a difficult decision to choose just one,” Fenwick explains.

She also shared the entries with an agent to help her make the final decision.

“Thani’s story, Just Another Emirati Love Story, first captured me with the title. It showed humour and instantly intrigued me. The writing was accomplished and the characterisation was excellent. I felt I was being given an insight into a world that was unknown to me yet was familiar too because we all search for love.”

This was also demonstrated in the stories by the two runners-up. In Desertful – Reaching From the Past, Roudha Al Shehhi wrote a journey of self-discovery with elements of magic realism, while Shaima Al Shamsi’s A Place Called Heera is a coming-of-age story set in a fictional part of Sharjah, that hints at the past and present clashing and how this impacts on a young woman’s journey to adulthood.

“This programme’s objective appealed to my friends and me as it was aimed at female Emirati writers who want to be given a platform to grow into their full potential. There was incredible pride that whatever happens, this writer would win one for all of us. I’m beyond honoured and incredibly blessed to have been chosen,” Thani said of her win.

All three finalists have been invited to meet Fenwick at the ‘Tea & Tales’ event at the 2016 Emirates Airline Festival of Literature, where they will also have the chance to meet other writers.

The Foundation wishes both of them the best of luck on this exciting new journey.

The Emirates Literature Foundation was established in 2013 by royal decree by His Highness Shaikh Mohammad Bin Rashid Al Maktoum, Vice President and Prime Minister of the UAE and Ruler of Dubai and aims to support and nurture literature within the community and the region by creating a welcoming and inclusive platform through a programme of varied cultural initiatives.

We were able to get Shahd to answer a few questions for us ^.^

I think everyone in my life had a hunch except for me.

4.what are you hoping to get out of this mentorship?

I hope this mentorship brings out the best in me as a writer, but most importantly to bring out the full potential in my novel

The next step is to have both my blog novels published… And start working on my third novel. There are more stories to tell, people to meet, and countries to explore I hope to never stop learning, experiencing, and believing in the power of words and the tapestry of fiction

I feel when it comes to the younger writers I’m focused on building their confidence and teaching them the discipline of writing every day. When I finished my own novels, I realized that I lack guidance to continue. Editing felt daunting wheras spinning chapters kept my creativity going… Editing brought out my self doubts.

I want to say that I’m grateful that Shaima Alshamsi was in this with me… Because the whole time, it felt that someone was sharing my doubts and my own feelings about the mentorship. Someone who wanted it as much as I did and yet neither of us would begrudge the other the win. Thats what it felt knowing other Emiratis were competing and it was feirce.. Pride in knowing whoever would win would tell another aspect of Emirati stories and there is so much room on every shelf in the UAE to hold all of us.. I hope the next round of The mentorship program has all of our younger writers, from Untitled chapter or otherwise. I hope they go forward with courage